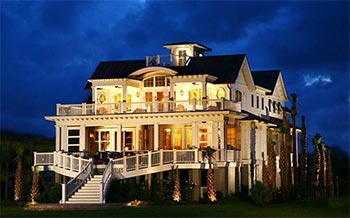 The road to building high-end residential homes does not typically begin in a doctor’s office, unless you are Dan Buffington. Ironically, that was precisely the route Buffington took on his way to a construction career in South Carolina. For the first twenty years of his professional life, Buffington followed his family tradition and practiced medicine. As he explained, “Medicine is simply what my family does; my dad first, then I followed and finally, my two brothers, who are still in practice today.”

While practicing medicine, Buffington’s construction apprenticeship began in California when a large custom home developer offered him a partnership as they developed a 180-acre tract with significant environmental challenges within Buffington’s own neighborhood. This project spanned eight years and eventually supported 135 custom homes. In an unrelated turn of events, the Buffington’s decided the environment in southern California was not an atmosphere where they wanted to raise their soon-to-be teenage children, so they uprooted the family to Charleston, SC for a better quality of life. 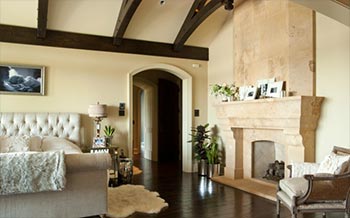 Buffington had initially intended to open a medical practice in South Carolina until his wife convinced him otherwise. She persuaded him to finally fulfill his life long dream. Hence, in 1996 Buffington Homes got its start in South Carolina. Buffington’s eight-year apprenticeship in southern California proved invaluable. As an unknown player in an established market, Buffington knew he had to be better than the competition. The quality of his homes would speak loudly, however, a systematic process and tight quality control would insure consistent delivery. Great estimating and financial management with unbeatable customer service would round out the company’s offering. “Today our company is actively creating what we call ‘live-able’ works of art and a home building experience that is fun and as stress free as possible,” says Buffington.

As with other businesses technology continues to become more and more of a priority for a home building company. Building a luxury home involves large expenditures of money, and the manner in which a builder controls the financial aspects of a project can often mark the success or failure of that builder without regard to the quality of his homes. Buffington has invested heavily in state-of-the-art computers and software to assist in the estimating and accounting process. With the start of each new project, a comprehensive financial plan for each client is designed along with a complete project schedule. These tools allow the company to track all costs against the estimated budget and keep homeowners informed every step of the way. 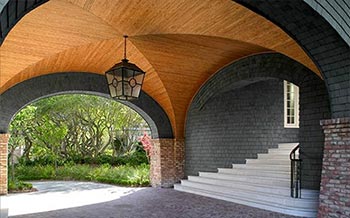 Each project manager is equipped with a laptop computer and actively uses it to relay information to and from the job sites in a controlled and timely manner. As opposed to most home builders in this market space, Buffington allows their project managers a maximum of two jobs at a time; if working on a large job, they are limited to one. This enables the project manager to be on site while serving as the key point person with the architect and client as well as the various suppliers and craftsmen.

Buffington Homes’ culture is to approach each project as if building for oneself without constraints, “when in doubt, do it the right way.” That mode of thinking is stressed for each artisan, making every project a labor of love. It is the creativity and skill of the many Buffington Homes’ craftsmen that have earned numerous awards as they transform client dreams into some of the finest homes in South Carolina. In a short span of time, the company has become one of the most respected and decorated builders of luxury homes in the Southeast. In 2003, Buffington Homes was awarded a Best In American Living Award (BALA) by Professional Builder Magazine and the National Association of Home Builders (NAHB). BALA awards in two separate categories followed in 2004. This prestigious national competition pays tribute to those individuals who create homes that illustrate design quality and success in the marketplace. Buffington Homes has also received regional PRISM Awards for the Best Resort/Island Home for each consecutive year from 1998-2003.

Looking toward the future, Buffington sees nothing but sunny skies – and homes to build. Buffington said he feels blessed to work with a great team. Although he is working longer hours than when he was practicing medicine, he says he would not have it any other way. “I get to build high-quality homes for wonderful, appreciative, people. It is the best job in the world.”

Barstools: The Best Seats for the House
Arthur Rutenberg Homes in the Lowcountry